We’d like you to tell us your your moon-related stories so that we can post them here for everyone to read. Maybe you remember the first moon landing, or once met an astronaut, or heard your mum, dad or grandparents talk about the Apollo missions. Or maybe you fell in love on a moonlit night or have a favourite moon poem.

Send your words and pictures to apollo@dorchesterarts.org.uk and we’ll post them here… 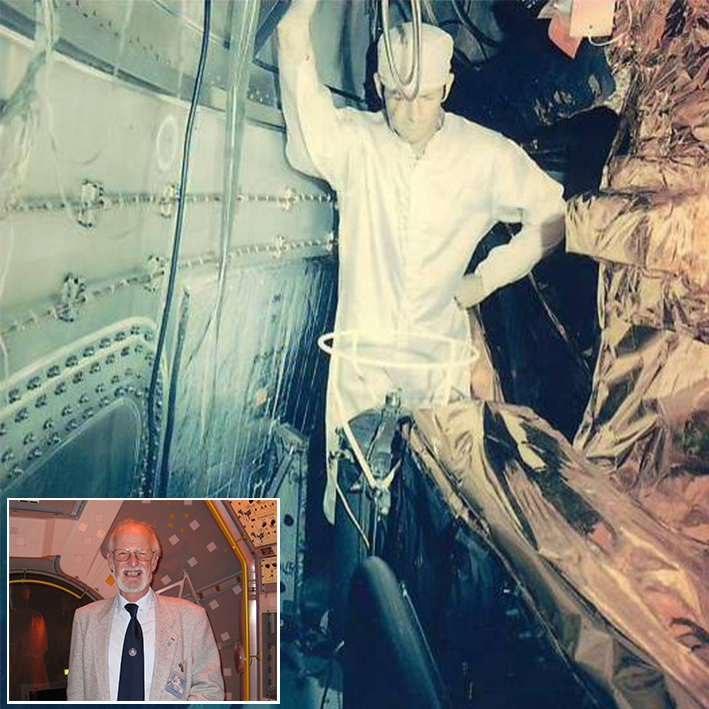 In June of 1969 I was lucky enough to be working at the Kennedy Space Center on the pre-launch operations for the Apollo experiments that the astronauts would deploy on the Moon. One of our activities involved the flight crew running through the experiment deployment operations that they would do on the Moon with the actual flight hardware. They duly arrived and successfully completed the deployment rehearsal of the passive seismometer and laser reflector experiments which were our responsibility.  Following the deployment exercise I jokingly suggested to Neil Armstrong that it might be an idea to attach a small UK union flag to the gnomon (experiment orientation sundial) on the passive seismic experiment as Bendix Aerospace had recruited 27 British engineers to work on the ALSEP design and manufacture. This suggestion was, of course good heartedly rejected although I did manage to get Armstrong and Aldrin’s signatures on a map of the Moon.

Once the astronauts had left our facility, our NASA supervising engineer suggested that it might be an idea to put our signatures on the hardware as a record of our support to the first Lunar landing mission. It was decided to sign the back of one of the two loose solar panel brackets which held the solar panels folded during the launch and flight to the Moon. The back of the bracket was anodized aluminium. We all signed (using a ball point pen).  A non-conformance report was then written as the bracket had been contaminated with the ink. The bracket was then cleaned with isopropyl alcohol and inspected. The scratches of our signatures could still be seen. Mine comprised my signature together with “UK” and a small drawing of the Union Flag. The decision (it’s called a “disposition”) was then made that as the bracket would be discarded on the Moon and the scratches would not effect the bracket’s operation the bracket could be used as it was. That bracket now lies to one side of the deployed PSEP at Tranquility base and contains an image of the UK’s Union Flag. 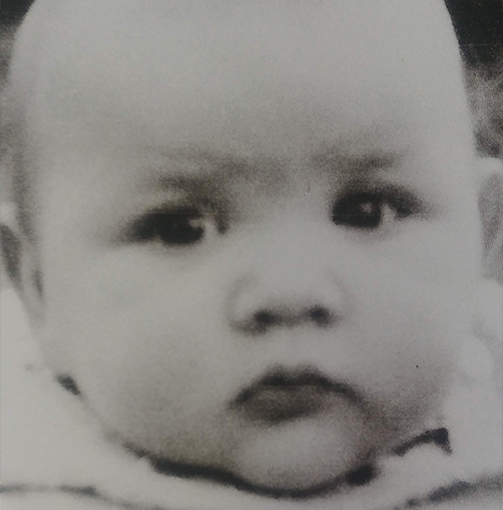 1969 was the year that I was pregnant with my first child, Julia. She was born on 8 July and in those days we stayed in hospital for quite some time after the birth. I was in for 10 days, so had only just brought this precious little girl home when the moon landings happened. We were all interested, and certainly watched it on TV, but if I’m honest, I was a little pre-occupied with quite a momentous occasion in my own life at that moment in time. 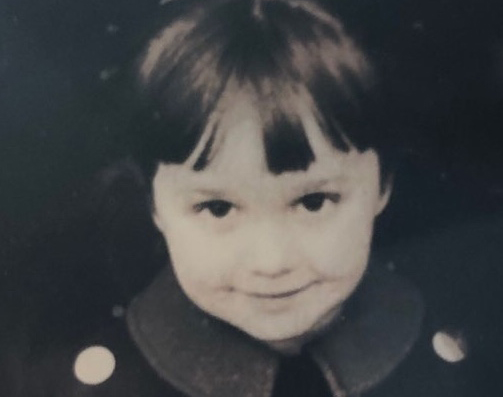 My father was an insomniac, and stayed up into the early hours to decorate our living room while waiting for the moon landing announcement. I was under five but he woke me up to come downstairs to watch it. Fascinated by the fact that all the furniture had been piled in the middle of the room to allow him to paint the walls, I made a great fort underneath the table. I will always associate the first step on the moon with being under a table surrounded by dusty books….

Barry White (of Apollo sponsors Humphries Kirk) with his wife Christine on another memorable day in 1969!

The moon landings might have been the big global news story of 1969, but I remember that year for other reasons too. I remember watching it on TV with Christine shortly before our engagement on 2nd August and here is a picture of us leaving St. Matthews Church, Chelston, Torquay after our wedding on 27th December, Xmas 1969 – a freezing cold day in the middle of a flu epidemic! 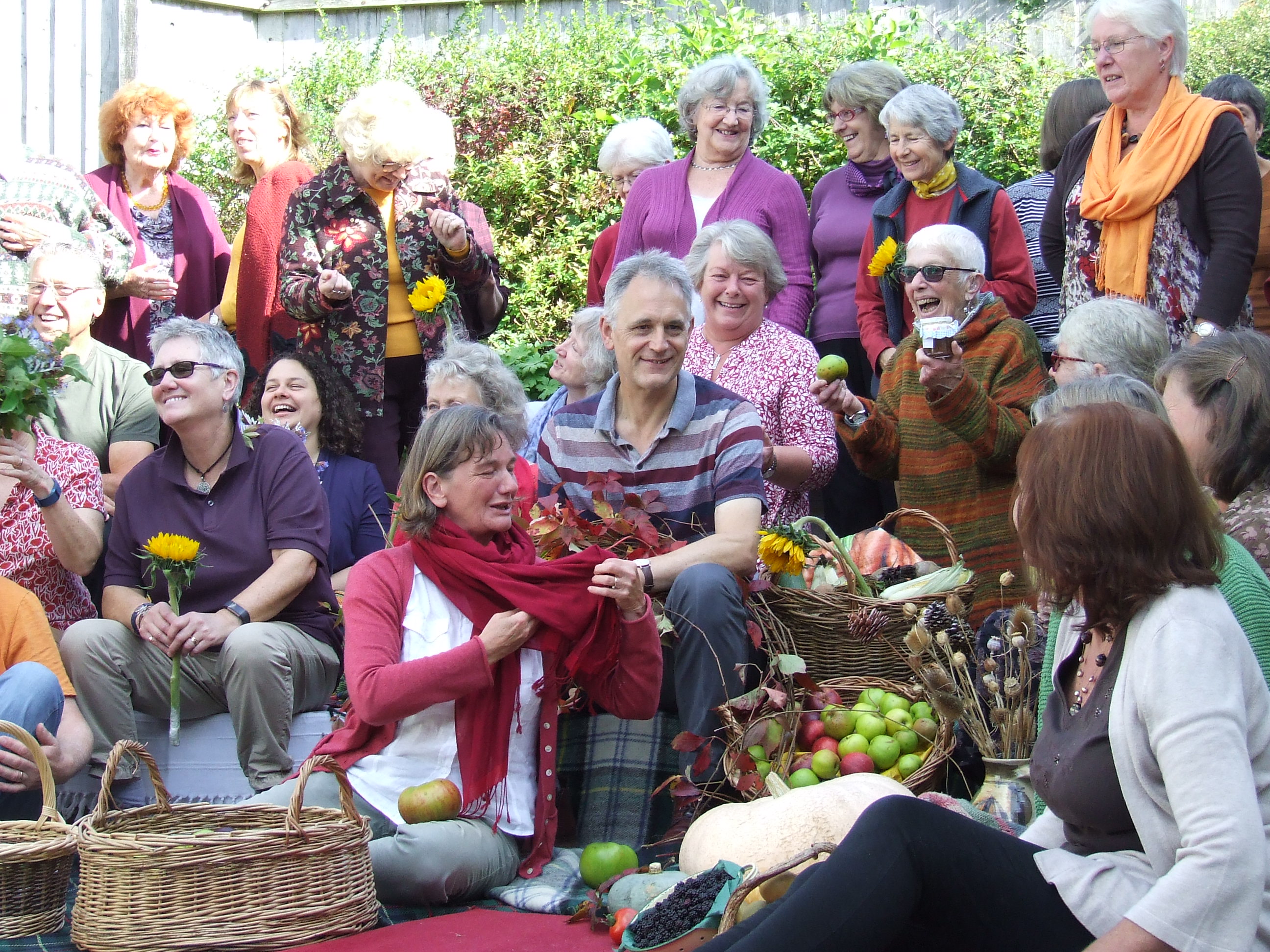 The 80-strong Quangle Wangle Choir meets in Weymouth. This year they celebrate 25 years of sharing the buzz of singing together. Edward Lear’s poem The Quangle Wangle’s Hat (after whom the choir is named) contains some pretty strange creatures, few of which have so far turned up to sing. Nevertheless, the final verse of the poem sums up a joyful meeting of choir and moon:

‘When all these creatures move
What a wonderful noise there will be.’
And at night by the light of the Mulberry Moon
They danced to the flute of the Blue Baboon
On the broad green leaves of the Crumpetty Tree.’ 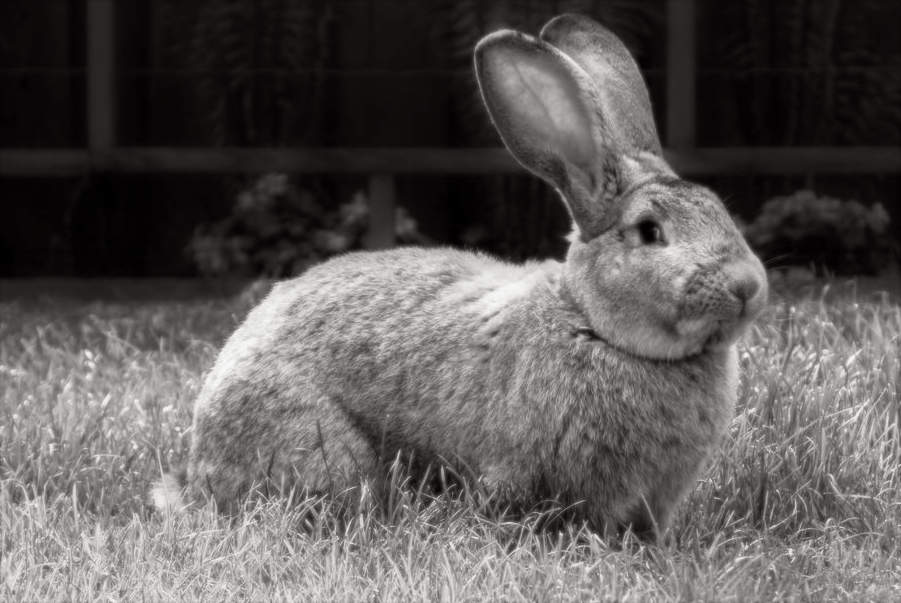 Bunnikins, the rabbit who watched the moon landings…

I remember thinking…..wow, this is an important moment about to happen…..what shall I do to celebrate this historic event? (I was five years old) So, I rushed into the garden to find my gorgeous, enormous and very special rabbit, Bunnikins (he was a refugee – I didn’t give him that name 🙂 ) We hurried back into the house together and sat infront of our (now very cool and vintage) black and white television to watch as Apollo landed.

I remember sitting so so still, everywhere was quiet except for the crackling, beeping coverage of the dialogue between Apollo astronauts and planet Earth….to see the surface of the moon, the darkness of Space…..I knew that I was watching a very special moment in the history of mankind, and I was so proud to watch it with Bunnikins, possibly the only rabbit in the world to watch the first lunar landing? 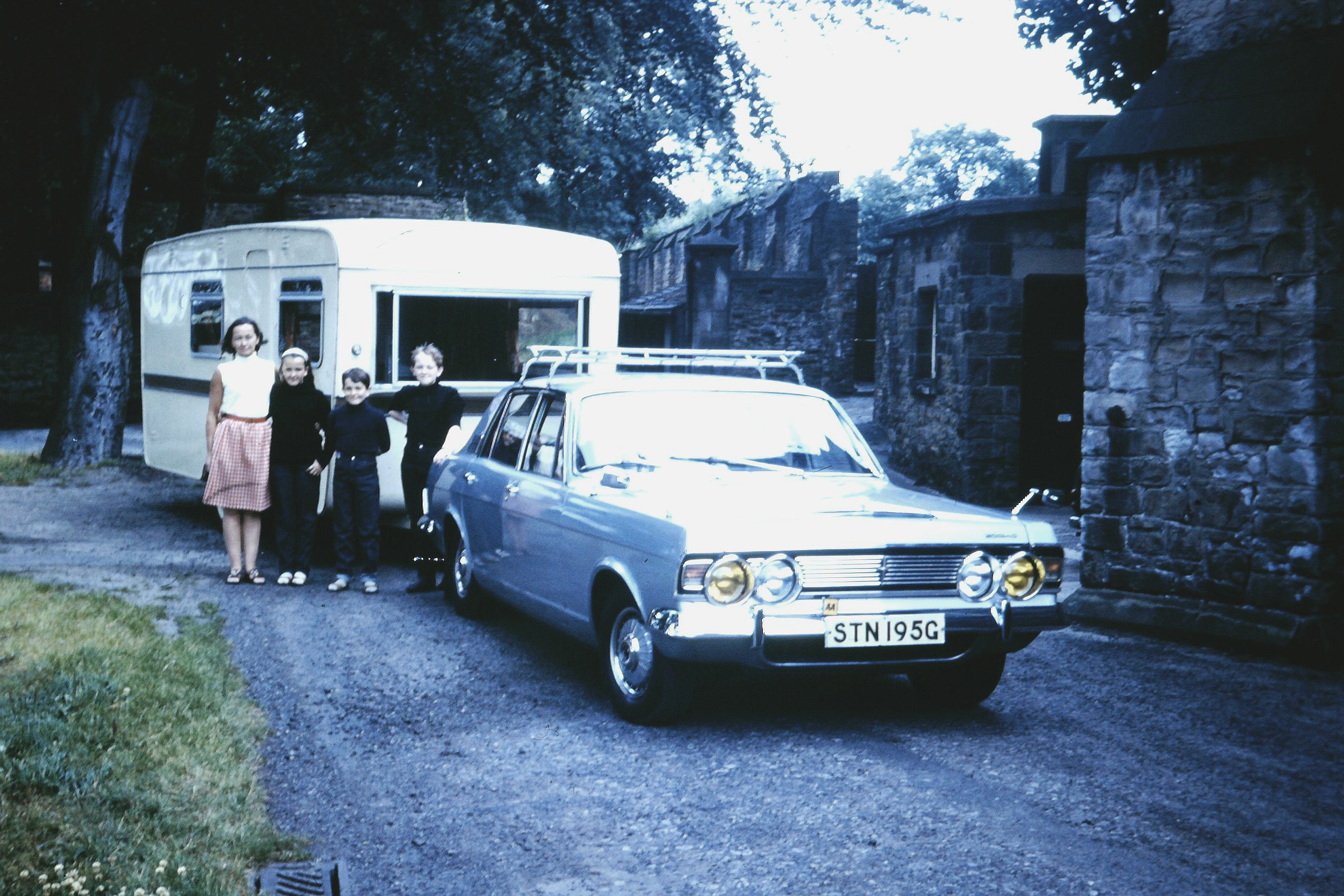 So here I am with my Mum, brother and sister setting off on holiday in 1969. I’m the smallest one, by the way. It was July and we were heading for Scandinavia, which meant being away from home (and hence TV) for the moon landings. I don’t remember being upset about that – after all, going to Scandinavia was a pretty big adventure too.

I remember listening to the broadcast from the moon on the radio in this car while we were on a campsite in Odense, Denmark – so exciting. Heaven knows when I actually saw moving images of the event itself – no YouTube or 24 hour rolling news back then, so it might have been ages afterwards. But I had my model Saturn 5 (alongside my model Gemini) in my room, so I could always dream.

In September of that year I went to see the samples of moon rock that were touring the UK – they came to Durham because the University has a superb physics and astronomy department. The queue at the Gulbenkian Museum was literally a mile long a times. My Dad couldn’t come as he was working. But we took him some gravel from the car park…and just for a split second I think he believed us.